Cumbria and its Lake District are on the north-west coast of England. This is affected by the North Atlantic Drift which, together with the mountainous landscape, makes it the wettest part of England. Average annual rainfall is reported by the Met Office to be in excess of 2,000 millimetres (80 in), but this varies hugely by location. The wettest area, known as Sprinkling Tarn, receives approximately 5,000 mm of rainfall every year.

Although the whole county has above average rainfall, there is a wide disparity between the amount of rainfall in the Eastern and Western Lakes and the Coastal area. It rains for an average of 200 days per year.  So although March to June the driest months and October to January the wettest, in the Lake District it is generally sensible to always be prepared for rain.

Snow can be expected for around 20 days between November and March so if you are considering exploring the fells in winter be prepared for winter conditions.  If you are unsure what this means then register on a winter skills course or go on a guided walk – this way you will gain the skills and guidance you need to explore the wonderland of the Lakes in winter comfortably and safely!

For a detailed weather forecast for the lakes: http://www.lakedistrictweatherline.co.uk

On @LakesWeather will provide you with the latest weather information. 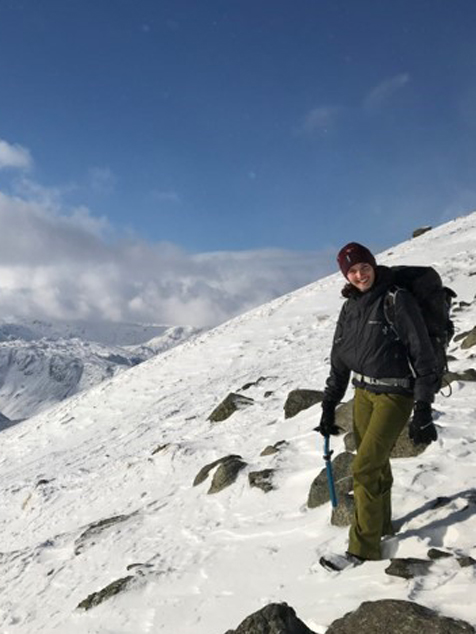 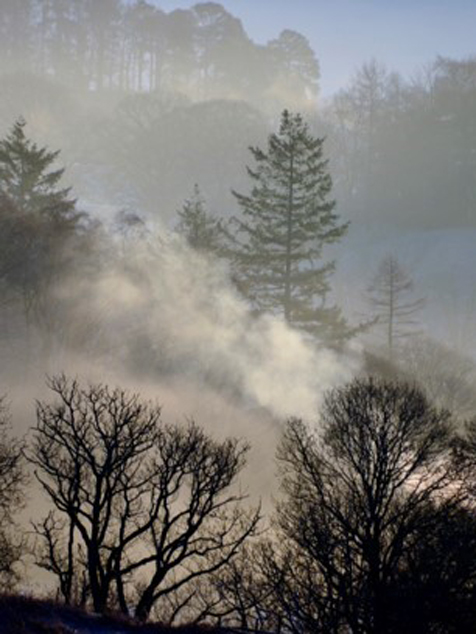 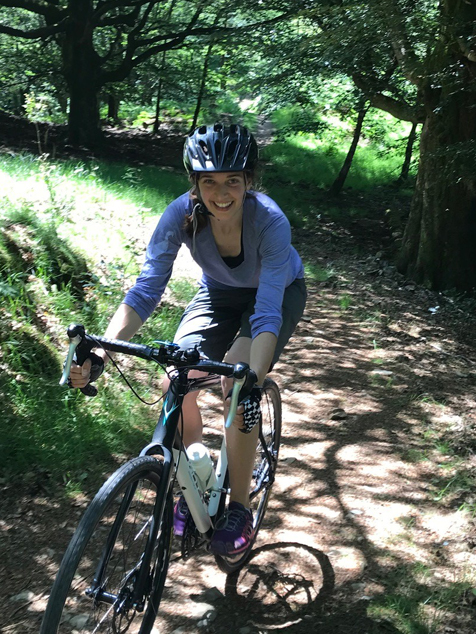 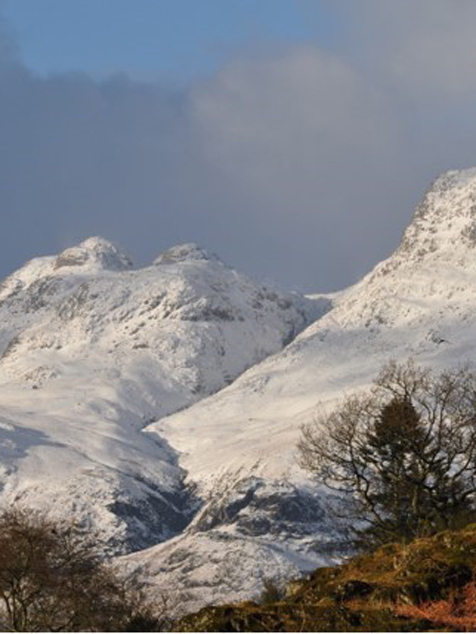 Lake District Cumbria has activities for all abilities, but before you set off it is important ;

a) be honest with yourself about you and your knowledge, fitness and ability, and
b) check the latest weather and ground conditions.

Take advice and only attempt an activity if the conditions are within you and your capabilities.

There are some areas where people are more likely to get into difficulty than others, so here’s a ‘heads up’ on the hotspots in the region and how to stay safe.

Broad Stand is the series of rock steps and slabs which link Scafell to Mickledore on Scafell Pike. It has been described as a scramble (in-between a steep walk and a rock climb which will require you to use your hands) but in reality you need to be capable of undertaking some proper rock climbing moves above large drops.

The rock is often slippy and in winter can retain snow and ice long after it has melted elsewhere. In full winter conditions descent into this area is extremely hazardous as soft snow on Scafell summit can turn into hard glacial ice on the steep north and east aspects in the space of a few metres. In the event of a fall the landing is unforgiving.

In poor visibility it can be hard to find the way between Scafell Crag and Scafell East Buttress.

The shortest route for walkers going from Scafell to Scafell Pike descends towards upper Eskdale via Foxes Tarn which involves descending steep scree (areas of loose, unstable stones) and then a steep narrow gully. In winter conditions this route may well bank out with a mixture of ice and water; ice-crampons and an ice axe are essential in these circumstances.

There is no easy descent route off Scafell to the east or north. To descend to Wasdale the ridge trending west needs to be followed via Green How. To descend into Eskdale follow the ridge south via Slight Side. In bad weather, you will need to use a map and compass to find these routes.

There is a very difficult traverse path immediately below the East Buttress of Scafell. This is a narrow and greasy path with difficult rock steps above a large drop. In winter it banks out to 45+ degrees with snow and ice; ice-crampons and an ice axe are essential in these circumstances.

Piers Gill is the deep cut ravine which is crossed by the Corridor Route 200m after leaving Lingmell Col on the descent from the Pike. Piers Gill, itself, is a ‘canyon’ descent with several technical rock climbs; do not attempt to walk down the bed of the stream!

There is no path on the W ( river left ) bank and indeed there have been fatalities in this area in recent years.

If you intend to descend by the Corridor Route then make sure that you go all the way round the corner of the Piers Gill crossing and actually slightly uphill to follow the path, well away from Piers Gill, which leads down to Styhead.

If you are at the head of Piers Gill and want to go to Wasdale via Hollowstones then, if you face downhill looking down the stream, Wasdale is uphill to your left.  Follow the Corridor Route, south west,  over Lingmell Col, but continue on and down into Hollowstones rather than following the Corridor Route up the Pike.

One further point, there is no mobile phone coverage in the area around the gill.

The Wasdale Screes are an area of unstable, loose boulders on the far (east) bank of Wast Water, underneath Illgill Head and Whin Rigg (GR NY 144 038 to NY165 058).

Frequently incidents occur involving people, often with dogs, who are walking around Wast Water and who under-estimate the difficulty of crossing the boulder field at the southern end of the lake, underneath Whin Rigg, around Grid Ref NY 153 046.

There is a faint path through this section which can be difficult to follow unless you know what you are looking for. It remains fairly close to the lake shore, within around 50m but does undulate through this section. Often people lose the path or try to outflank the boulder field by trying to climb up before getting stuck in loose ground.  The higher you go the more difficult it tends to get.

Some people try to take a short cut from around the summit of Whin Rigg down towards the lake. They then get stuck in the crags and gullies in this area where rescue is a major undertaking. The safe route is to continue along the path towards Great Hall Gill (NY 146 028) and then either descend the path here, steep but a lot safer, or continue on towards Irton Fell.

Sharp Edge on Blencathra is a scramble (in-between a steep walk and a rock climb which will require you to use your hands)) which in dry conditions should present few problems to experienced hill walkers with a head for heights. However, in wet, windy or winter conditions the ridge becomes slippery and dangerous and can remain so for several days after rain. In windy conditions this exposed ridge becomes very challenging and so is best avoiding unless you are experienced and well prepared.  Calm and dry conditions are best for this one, so check the weather forecast before you set off.

Great End is an accessible winter climbing venue. People tend to get into difficulty here due to avalanches, climbing falls, tripping on crampons, getting benighted, becoming separated in bad weather or losing their way. ???

When following Wainwrights route up Barf make sure you cross the stream at the bottom of the scree to find the footpath through the forest. If you miss this crossing you end up on a eroded path leading up the Barf side of the stream which becomes steep and precipitous proving tricky for many people.

A long, high undulating ridge that presents little technical difficulty other than a short scramble/easy climb known as ‘The Bad Step’ which can be easily avoided.  As you drop down the first crinkle heading for the second and highest, there is a gully containing two chockstones with a path leading directly into it, this is the Bad Step. If you have some climbing skill and want to negotiate the Bad Step then enter the gully to below the chockstones and look to the right, the hand and footholds should be obvious.  If you are in doubt about you or your companions’ abilities then take the bypass path on the terrace to the left. Dog walkers should always take the bypass.

Good navigation skills are essential.  In mist and/or darkness some people get into difficulties finding their companions if their group splits some to climb, some to bypass the Bad Step.  Also navigating Gunson Knott/Long Top can be tricky with people unintentionally heading toward Rest Ghyll and the steep ground in that area. The summit ridge of Crinkle Crags is bare rock and the ‘path’ is intermittently marked by cairns, but isn’t always visible especially in poor weather.

These high mountain roads are often covered by snow or ice in winter, even when low level or main roads are unaffected. Sat navs can’t tell if it’s snowing so accidents and strandings are relatively common leading to mountain rescue teams being called out to recover vehicle occupants.  Check the mountain weather forecast before tackling these routes in winter.

A steep and atmospheric scramble (in-between a steep walk and a climb which will require you to use your hands) running diagonally across the face of Pavey Ark in the Langdale Pikes.  It is steep and when wet both the hand holds and underfoot can be slippery; it is wet for most of the year!  In addition, the rock is crumbly, making it notoriously unreliable.

Jake’s Rake is often busy resulting in people following each other up nose-to-tail and is sometimes used as a descent, so people can get pushed onto loose, wet rock waiting for others to move/pass.  Wear helmets and give the group in front of you a ten to fifteen minute start. Once on the route test constantly for loose rock and watch out for slippery sections. The poor quality of the rock also means that it’s essential to check all holds before you weight them. Give the hold a good bang – if it sounds hollow then don’t use it. Keep to the main gully, avoiding the narrow grassy ledges to the left.